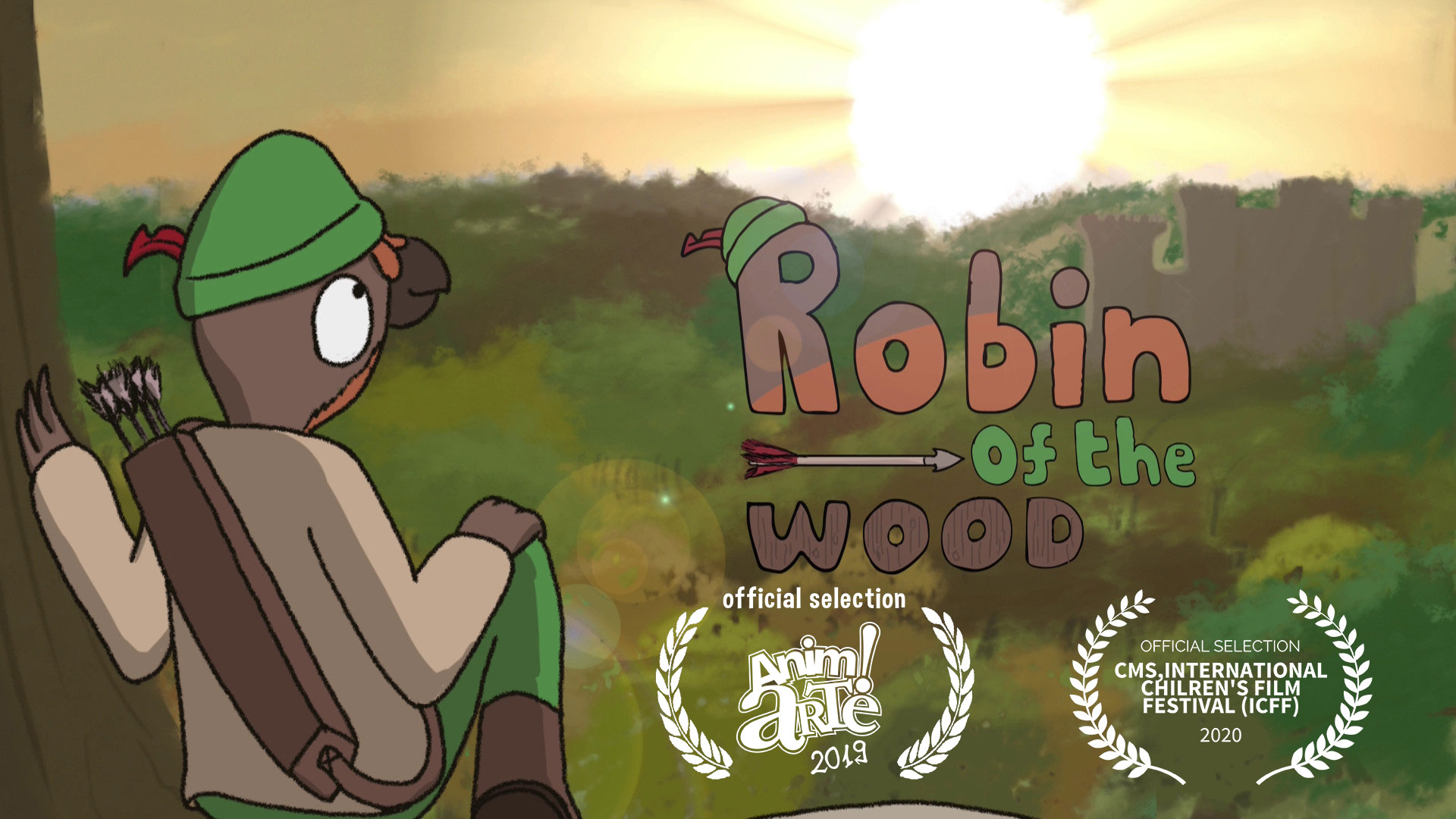 Short film for my second year of university. It’s a contemporary take on the legendary hero Robin Hood as a cartoon Robin.

Alongside his merry men and the help of the castle’s Châtelaine Marian, He steals from the rich and gives to the poor like you’ve never seen before! He’s a Robbin’ Robin Robin Hood in the Wood!

Some stills from the final film

This was the first film I made that I entered to festivals, and in it’s time on the circuit it got into two! Anim!arte in Brazil and ICFF in India.

I had the idea of a ‘Robin’ Robin Hood for a few years before deciding on running with this idea! Each character went through lots of iterations and Marian changed from another robin to a blue tit. The animation process for this was the most physically and mentally draining process I’d ever engaged with, especially during the end when I was mindlessly colouring!

Ideally I’d like to pick this up again in the future as a potential TV series pitch! Refining the character design and developing the world.