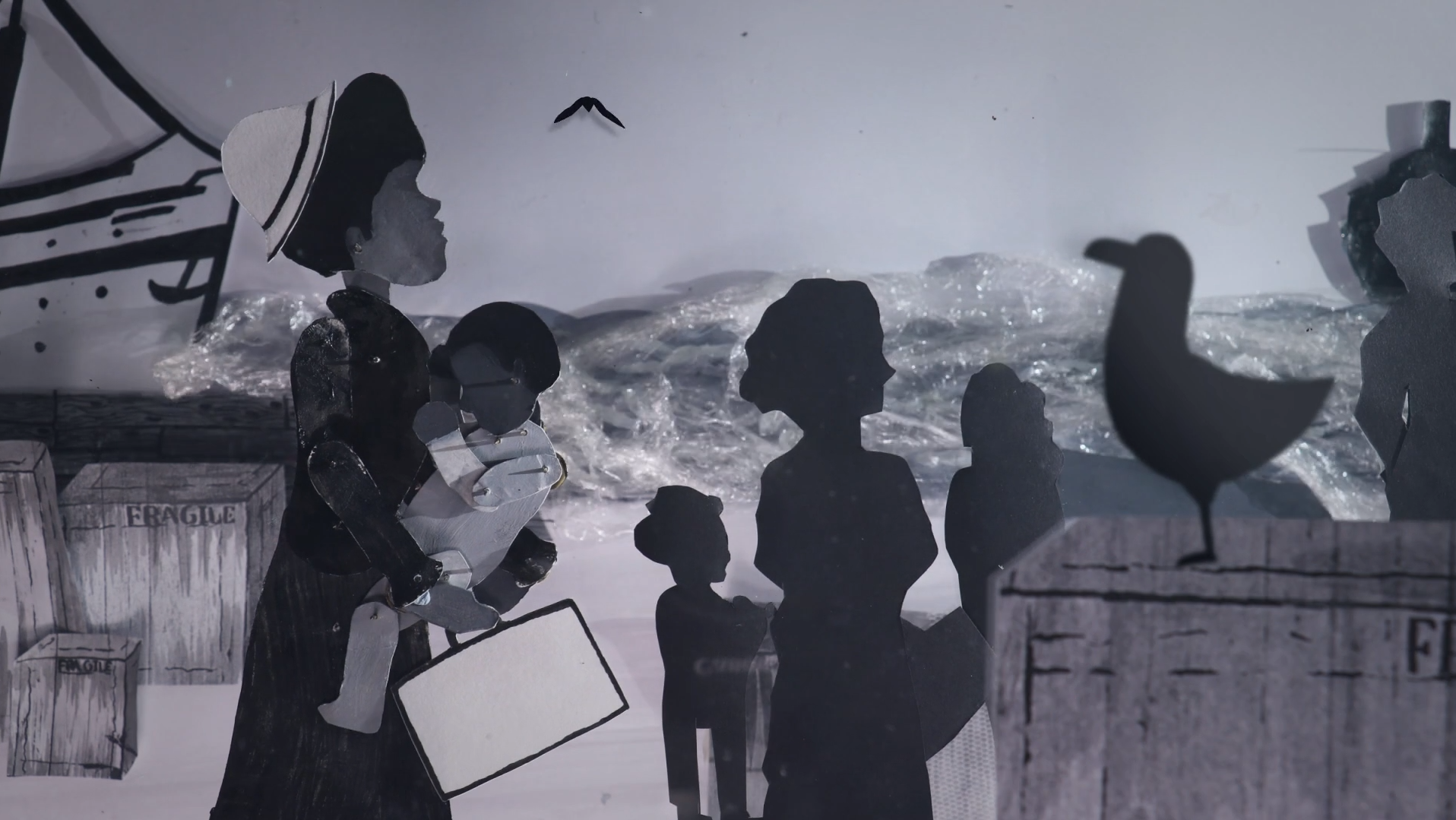 With everything going smoothly on The Philllip McGahern film, I was lucky enough to also have the chance to work under Director Anayis Der Hakopian, helping to animate, composite and edit. This was the second film I worked on as part of the No Dogs client brief project at University, commissioned by Flintlock theatre.

Towards the end of my group’s project when everything was shot, I joined in with Anayis Der Hakopian’s group; animating one shot with a boat as well as all the seagulls, and helping elsewhere with the multiplane camera and moral support.

The boat scene in progress

The bulk of my work on this film was spent compositing and editing, a job I enjoy. Being able to play with after effects to fix niggles or an entire scene is pretty enjoyable to me, and this was a fun job working under Anayis as a director, albeit stressful given the deadline of three weeks!

The film is currently on the festival circuit, if you would like a link please contact me!